The manager of the italian band ‘Linea 77’ approached me asking to produce an interactive teaser for the launch of their new album.

I had just 1 week time to design and build something that could appear unusual and playful at the same time. I decided to represent the instruments of the 5 iconic band members using different kitchen accessories in a sarcastic way. The result was an addictive simple game that allowed the fans to play and share the song.

As a first step, I shooted 5 short stop-frame loops of Francesco’s hands playing the different tools, then synchronised the loops with the song and ultimately builded the interaction.

Definitely a memorable experience and a well received experiment collecting more than 1000 visits at day. 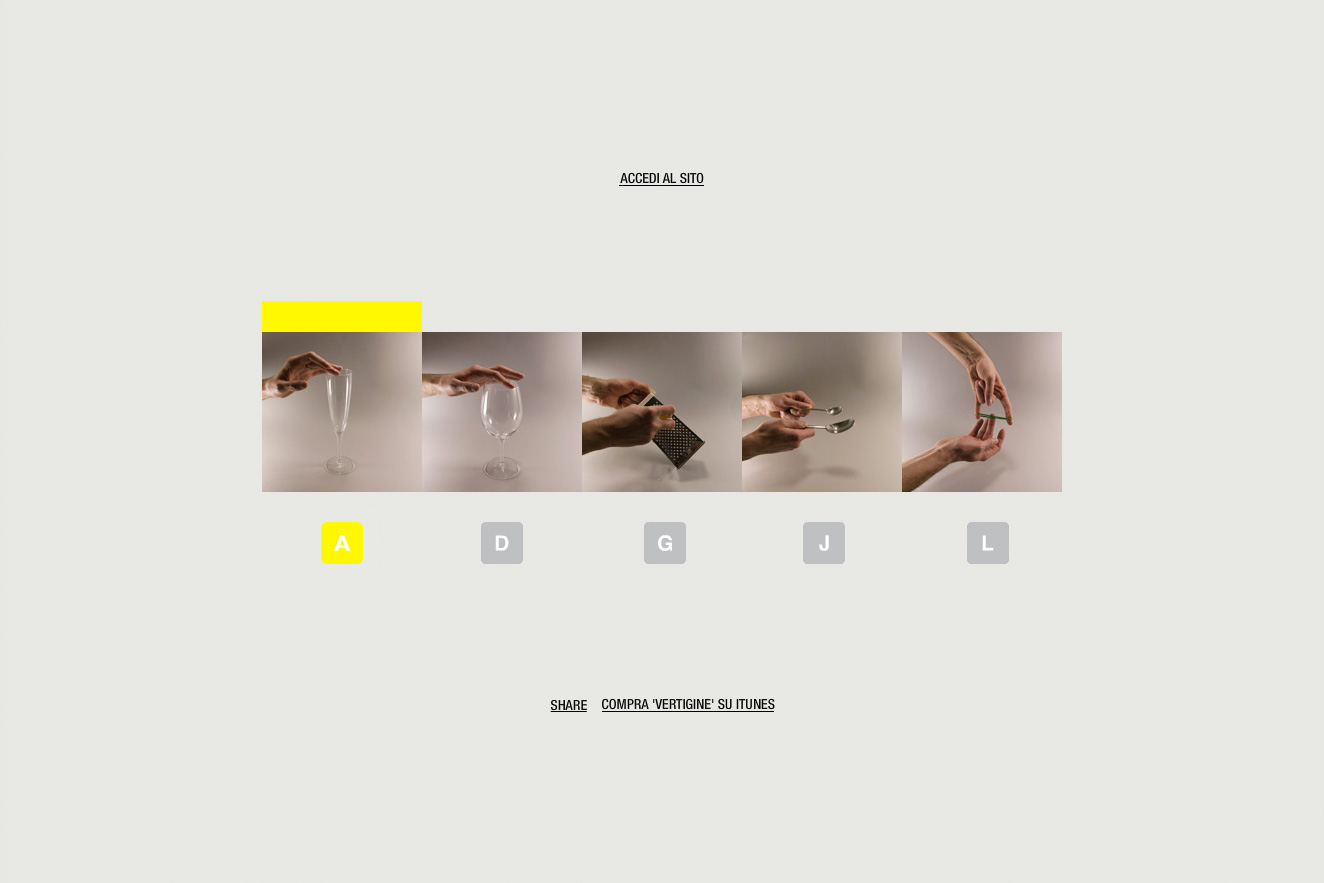 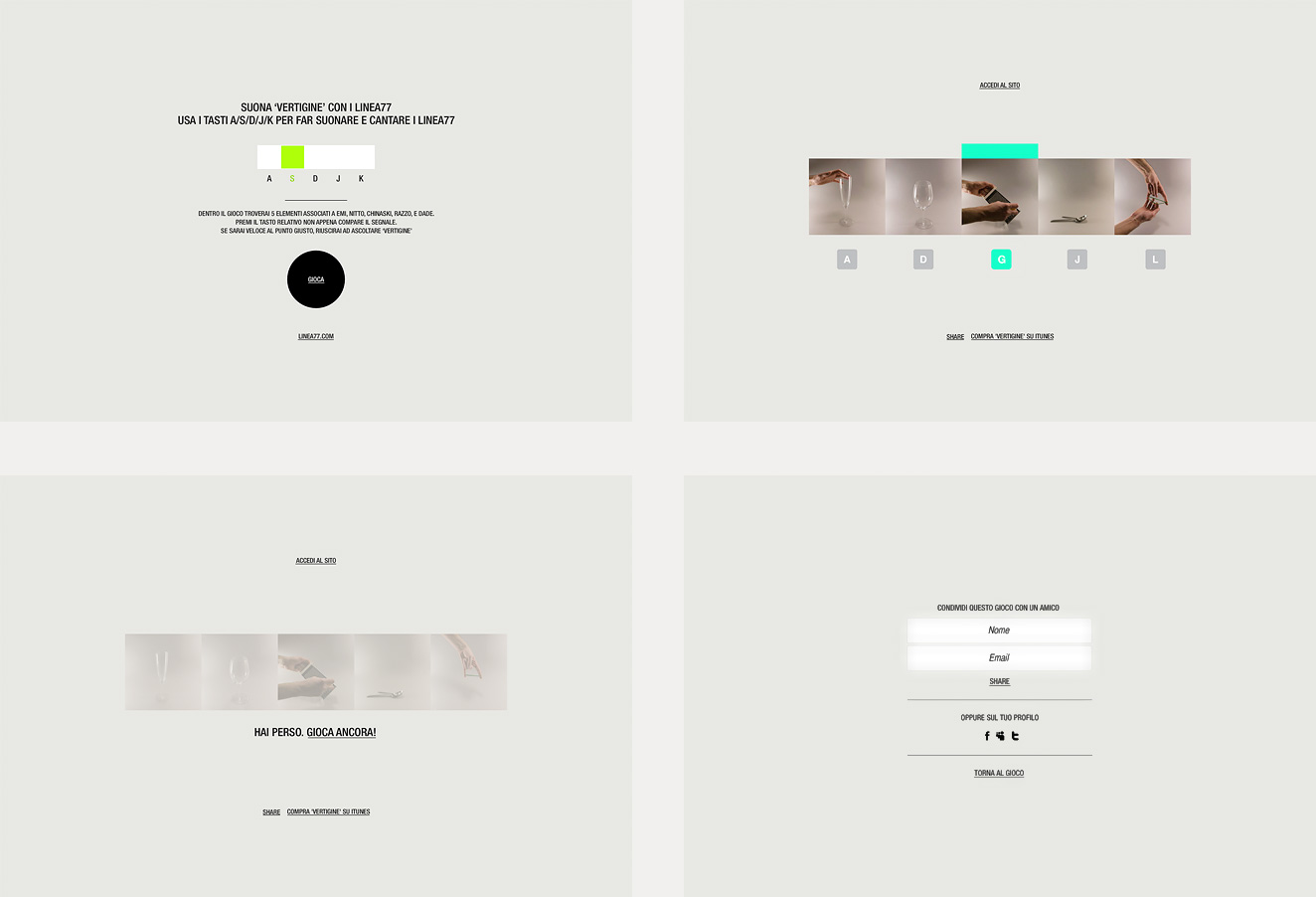 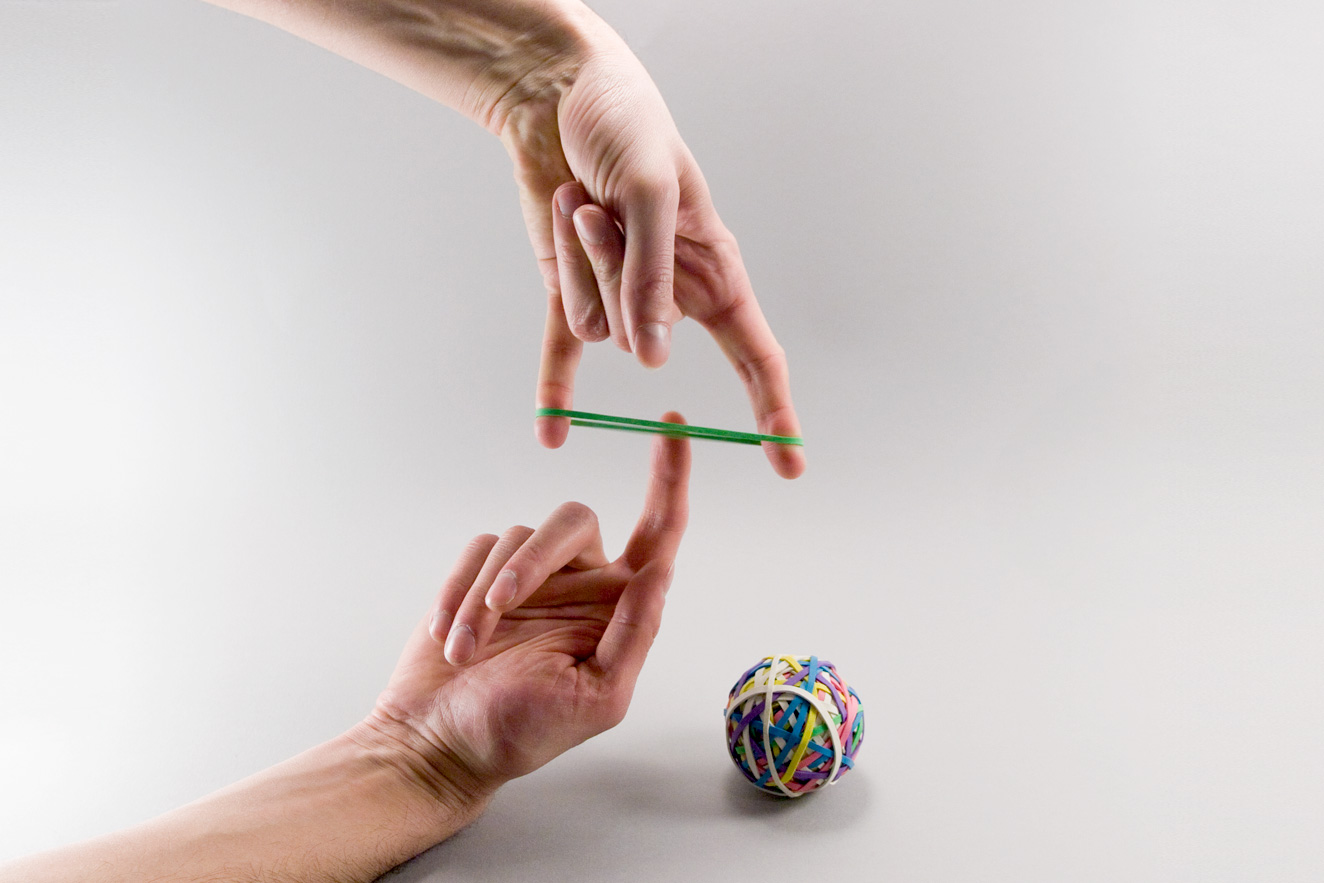 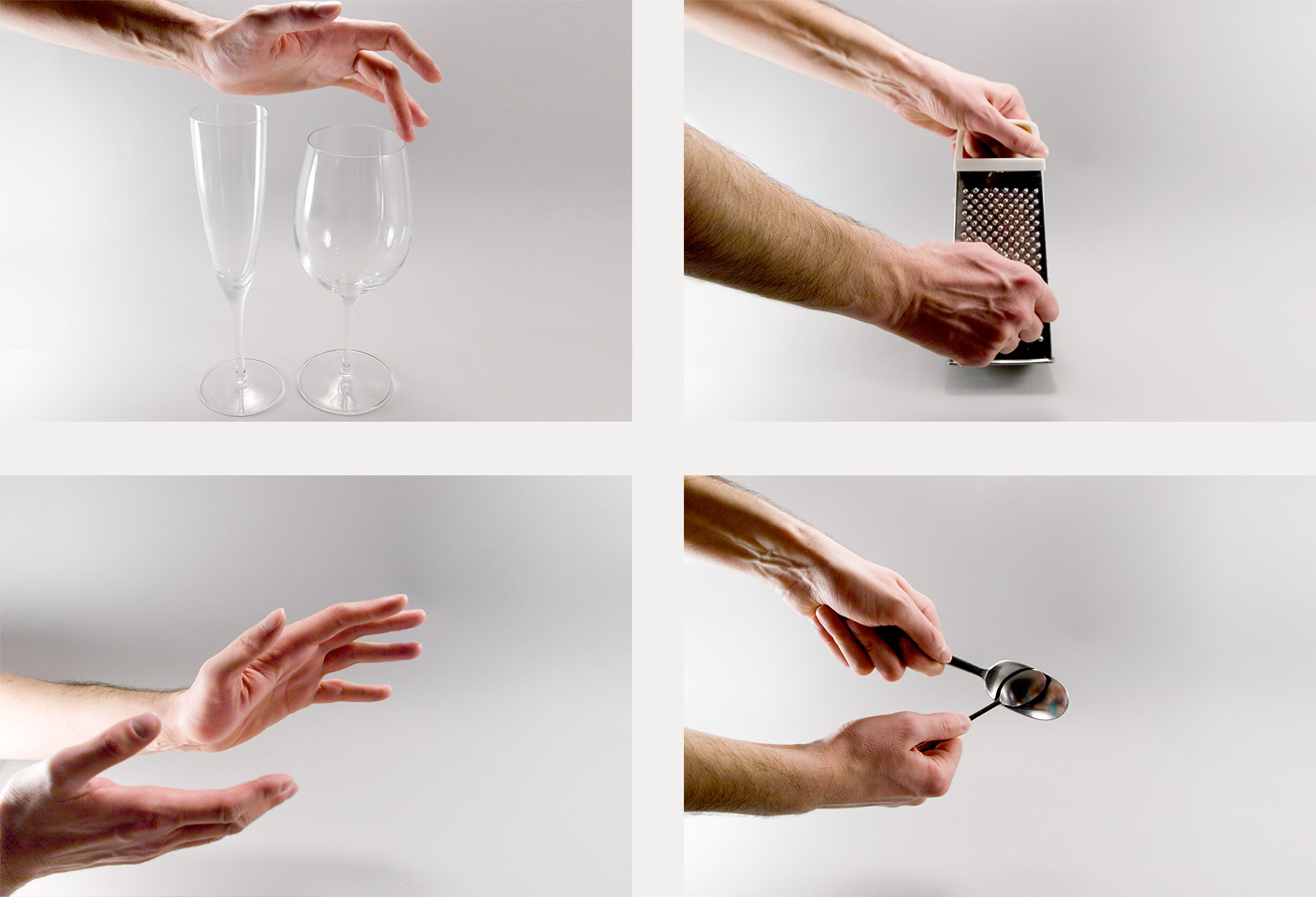